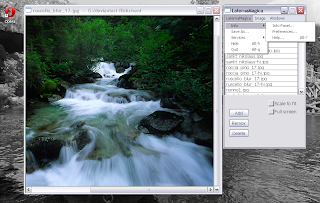 The attached screenshot shows LaternaMagica running on windows using the experimental WinUXTheme which draws several controls native including in-window menus. Note how the menu is attached to the main application window but not to the image window.