DataBasin's Select-Identify, an invaluable tool for many working with salesforce.com, showed erratic behaviour: extremely hard to reproduce even by sometimes re-running the same query on the same data set, the operation would just stop without any error in the console log, trapped exception or else.

After extensive debugging I found the problem in the queryMore method of the API implementation in DataBasinKit. If queryMore had to return just one record, it would malfunction.
Technically this happened because the size reported by Salesforce.com in the queryMore is not the size of the objects of the queryMore, but of the original query.

The problem affects thus anything using queryMore: If you would select and had a batch size in download of 500, you would get a problem with 501, 1001, 1501 records and so on. 500 or 502 would just work fine. Combine this that the query size of the selectIdentify is dynamic and you get the idea on how difficult it was to reproduce.

Now it is fixed and the upcoming 0.9 version will have this fixed. All currently released DataBasin versions are affected by this bug.
Posted by Riccardo at 5:19 PM No comments: 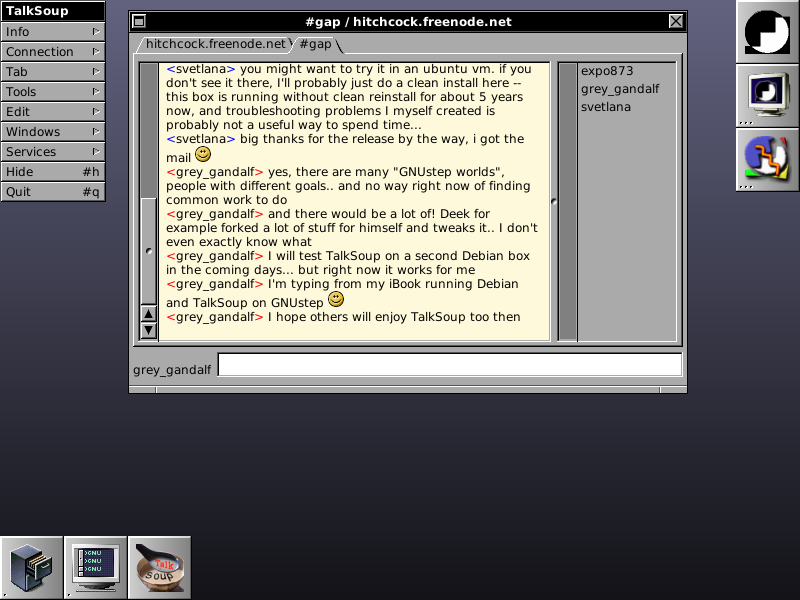 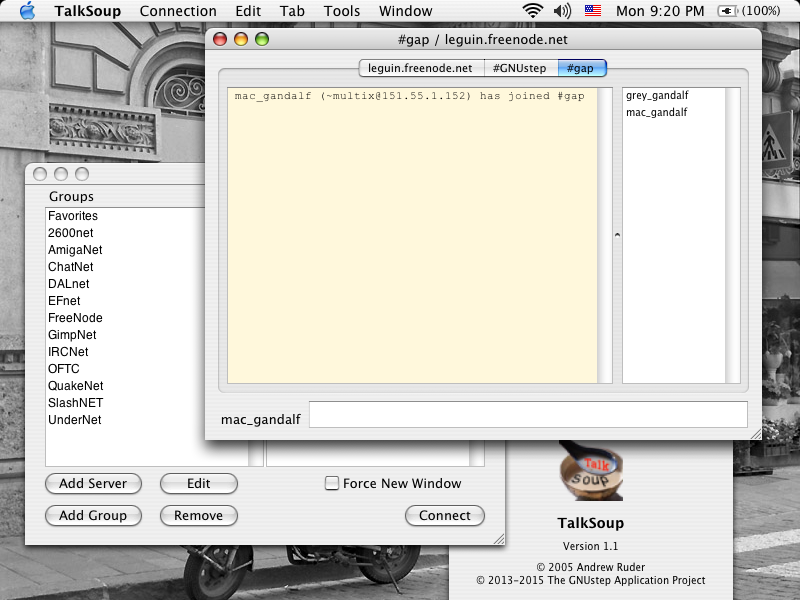 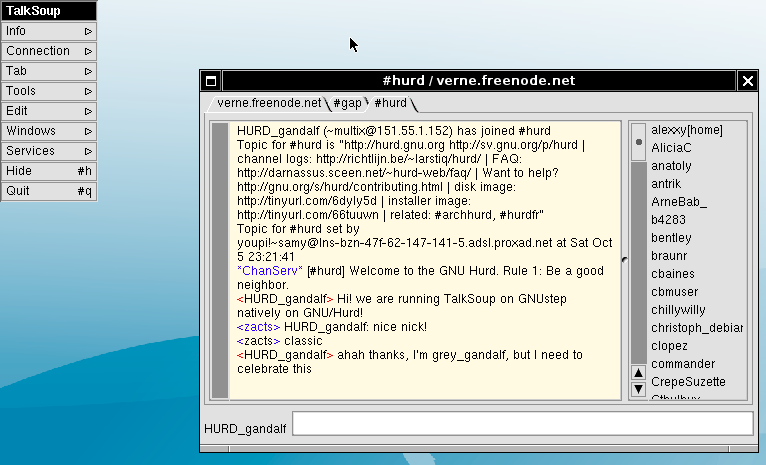 I found out that all my debian machines switched to systemd without my consent, with just a standard apt-get ugrading.
I despise that decision.

I did not follow the latest discussion about it, I was left with the impression that it would have been installed only if needed, but evidently I was wrong.

Can you get back? Time to toss Debian? I hoped not, I know of other fellow developers who switched  distribution, but Debian is Debian.

Remove systemd and sysvinit (which is now a transitional package) and put back sysvinit-core back. I had the fear that I bricked my laptops, but it still works. For how long? I don't know.

I'm very very sad about this. If I think of GNU/Linux I think of Debian, it has been with me since 68k times, when potato was cool. Debian made a very bad decision.

Something newer than ol' sysvinit? Something modern, fast, capable of parallelism. Yes.
But something portable, light, secure, which is not a dependency hell, which does one thing. In other words, something in line with the Unix philosophy.

Not the enormous pile of rotting shit which is systemd. When I removed it, I freed almost 13Mbytes from my system. I am relieved, but it shows also how big that pile of crap is.

So, for now, Debian can stay with me, I hope it will be for a long while. Long enough that debian will revert or systemd will go away.
Posted by Riccardo at 9:35 PM 4 comments:

FTP 0.5 for GNUstep and Mac

I'm happy to announce a new release of FTP, the file transfer application of the GNUstep Application Project.

It is designed for GNUstep and completely native on the Mac too, with version 0.5 being available as a binary for both for PPC and Intel, as well, of course, as the usual source tarball for Unix.
(Please wait for the GNU.org mirrors to propagate the files or grab the sources from SVN)

There are some new features as well as bug fixes: 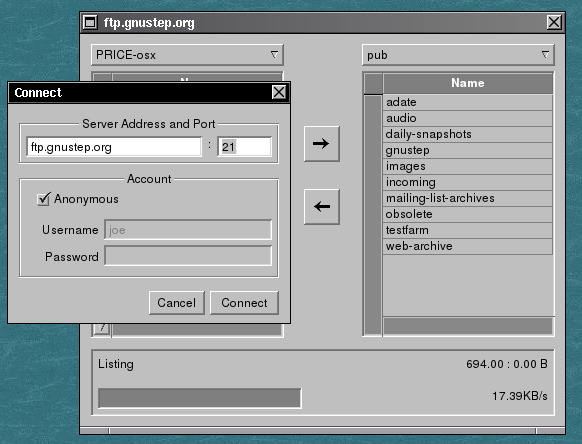 Graphos is the vector-drawing application for GNUstep (and MacOS) of the GNUstep Application Project.

While it is centered on drawing bezier paths and derived shapes, I added support for copy&pasting images. While these images cannot be saved (the format doesn't support it yet) they still can be useful: since they are layered as any other object (and transparency alpha channel is honoured too), one can do interesting things as in this example:

We paste in the original image for LaternaMagica's icon. We start tracing it with simple shapes, here shown in black. 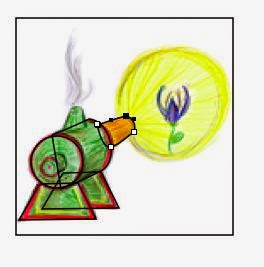 One can easily fit curves over the image, essentially doing a hand-trace. Very important is the usage of cusps and symmetric handles in bezier-paths, which will be the new feature of the upcoming Graphos release.

After a quick work, this is the first rough result: 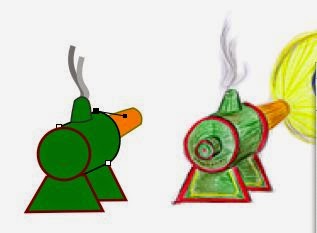 I still need to fix some details: the display at zoom rates different than 100% doesn't work correctly with images.
Posted by Riccardo at 9:00 AM No comments:

In the effort of peppin up and removing bitrot from TalkSoup, the GNUstep IRC client, I am doing  a native build of it on MacOS.
Apparently there was a port in the past, but it was not an Xcode build and it uses may tricks.
I have already ported the application the core and the main bundles: this pointed out many weak parts of the code and many more warnings than I was getting on GNUstep.

Soon I will be able to make a new, updated release!

The application works now much better! x86 and PPC... so I can enjoy a chat on my iBook: 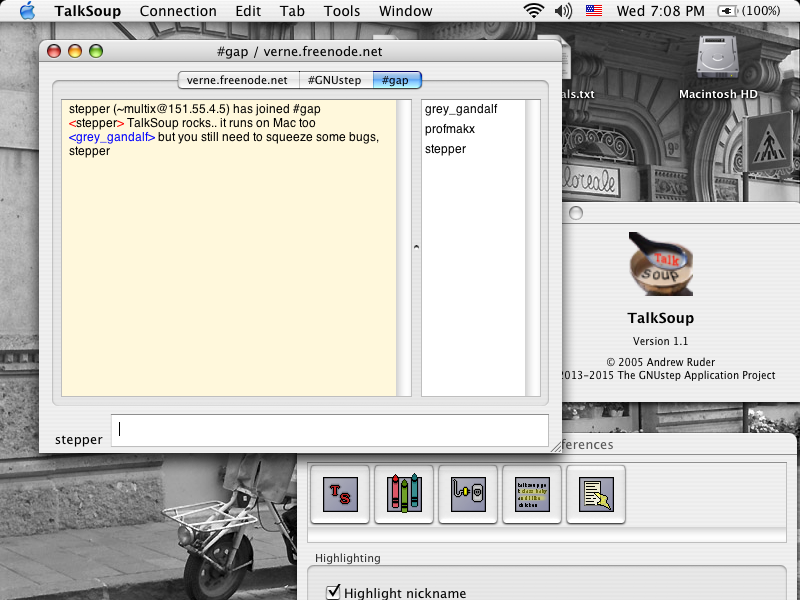 Also GNUMail has progress: before running only on ppc and 10.4, now the application runs fine also on x86!
During this process I am also trying to modernize GNUMail's code gradually: the application was written for GNUstep, but the Macintosh port was port with a lot of conditional code, 10  and years ago GNUstep was less complete. A lot of these exception can now be removed. I am going to investigate each of them and remove as many of them. Posted by Riccardo at 9:20 PM No comments:

I just committed  ACPI support on OpenBSD for GAP's Battery Monitor.
Check it out and enjoy GNUstep on your laptops.
Posted by Riccardo at 2:41 AM No comments:

After several months of development and testing, many news:
The most important news is the DataBasinKit separation.
The most important feature instead is DataBasin ability to parse the SOQL query and thus rearrange the output fields in CSV files not as Salesforce returns them but as the user requested them. The same feature allows related objects (. notation) to be null and retain the correct columns in the CSV file.

Finally a new release of PRICE!

This version improve Mac support quite a bit, Apple made several changes since 10.6 which caused malfunctions and weird symptoms (and which fix occasional stuff on 10.4 too). Both PowerPC and x86 work fine!